For years, I wanted to belong to a fraternal order. I’d researched several and settled on Odd Fellowship. It took a couple of years of trying to contact people before someone eventually replied, and so my journey to Jericho began.

The journey has been difficult, but not without diamonds found along the way. My first Lodge, composed of wonderful people, was barely surviving. Within the first few months of my joining, we had to put the building up for sale. There was a Lodge member who was troublesome and created endless drama for the older members of the Lodge. We were reduced to meeting at people’s homes.

I decided to help rejuvenate my Lodge, and I had 14 friends interested in joining, but how do you encourage them to join when you don’t have a Lodge building or a place to meet? New members need to be impressed, and now my friends weren’t. After all my “word of mouth” promotion, I felt foolish.

I decided to start a new Lodge near where I lived. I got two guys initiated who wanted to help start one.  The Lodge and Grand Lodge members were good people, but we felt there was little encouragement, interest, or help for our endeavor. We received bad information on requirements for starting the Lodge and there seemed to be one roadblock after another.

We also discussed starting a United Youth Group at the high school where I taught–lots of students were intrigued with Odd Fellowship, and also a few college students wanted to start a Lodge on their campus. But… 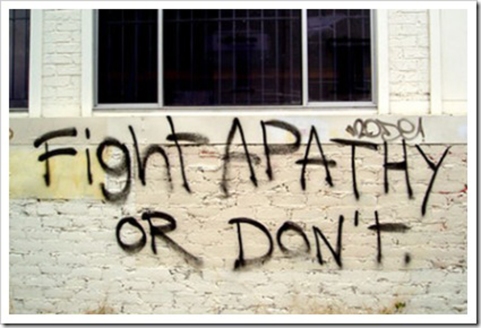 The amount of apathy and reluctance we encountered from some long-term members was tremendous and I looked like an idiot to my friends because nothing was happening as we tried to start our Lodge. And as I became more frustrated in my efforts, I became more irritable and admittedly made some errors resulting in hard feelings among some members. After two years I gave up my efforts and resolved to leave the Order. “If they’re not interested in the Order, why should I be?” I thought.  “Hell will freeze over before I mention Odd Fellowship to friends. I don’t want to see their eyes roll.”

I was humiliated. My self-esteem suffered mightily. Normally when I start a project I’m 90% successful. This was a failure.

That’s when diamonds began to appear on the road to Jericho. The worldwide Order opened itself to me. It convinced to me to press onward–I developed a profound conviction to go around the roadblocks and keep others from suffering what I and a few other friends endured.

I connected with other Odd Fellows via the internet. I’ve developed friendships across the United States, Canada, The Philippines, and Europe. I discovered I wasn’t alone in my experiences. I began to develop my “artistic talents” and produced Odd Fellows bracelets, boxes, walking sticks, and ritual decor. I got information from other members that allowed me to write a 20-page paper on the Initiatory Degree. I thought of working on a smart phone app I call “The Daily Odd Fellow” with daily Odd Fellow quotes.  Then we started Heart In Hand Blog which has allowed me to do more writing and, I hope, help the Order advance into the modern age while preserving the ancient one.

I also transferred to a more active Lodge.

So, my Odd Fellow life improved and I’m having a great time! My life has changed for the better, however, it took too much effort, too much time, and too damned much humiliation. The chances of ever getting people to join who were interested are slim. I hope they will reconsider, and I hope those I helped get initiated will return to the cause.

Apathy and skeptical contempt toward new ideas, technology, new members, recruitment, membership diversity, promotion, and a deaf ear to the 21st century denied high school students, college students, and our friends the chance to join. I’ve heard my jurisdiction has fewer than 300 members. How many dozens could have joined but for Odd Fellow apathy? Apathy has rooted itself throughout the Order and I’m far from the only one who has experienced it.

YOU, dear reader, have to get the Order back on Jericho’s road and those of us who write for this blog, all of us, are doing everything we can to help. You are now the Good Samaritan.

The Order lies bleeding. Sitting apathetically in your Lodge, Grand Lodge, and Sovereign Grand Lodge while other people ruin it only means the Order will die quietly–and so will a part of you. I think our deceased brothers and sisters would prefer we raise a little hell instead. So raise it!

And if you’re apathetic, please stop it. You’ve got an Order to run in the 21st century. An order that is diverse, worldwide, and has the ability to alleviate suffering the world over. Remember your valediction.

Scott Moye is an award-winning history educator and collector of Arkansas folklore. He grew up on a cotton farm and is currently a  museum worker. Hobbies include: old house restoration, writing, amateur radio, Irish traditional music, archery, craft beer, old spooky movies, and street performance.  He is a member of Marshall Lodge #1, in Marshall, Arkansas. He is a founder of Heart In Hand Blog.