The Golden Rule dates from at least the Confucious times (550-479 BCE), and can be phrased a few different ways:

The Golden Rule is the principle of treating others as you want to be treated. It is a maxim that is found in many belief systems, religions and cultures. It can be considered an ethic of reciprocity in some belief systems, although some treat it differently.

Many of us wish that our personal principles could be used by everyone. Most of us, to some extent, believe that they should be. That our views should be everyone’s views. But since we are all different, coming from different cultural, social, and religious backgrounds there can be no possible agreement that only your views are the best.

In dealing with other people and societies, you may often seek to push your values or beliefs on others. You may try to persuade them or convert them to your way of seeing

things. Some of those you attempt this with will be persuaded to see things your way if you share a number of other values. Others will resist and/or attempt to convert you to their way of believing. This creates the foundation for use of force and power through argument, tyranny, violence, or war– and the hope that your values and principles win the day while destroying others.

The Golden Rule is a universal law that does not take sides with or contend with competing personal values. It does not contain a creed. It bids each to their own rule aside from the advantages and successes in their personal life.

The golden rule is a principle which can appeal to everyone. Instead of attacking the

values, behavior, and essential nature of others, we are offered a new aspect.  The golden rule asks you to expand your vision and see yourself in new relationships. It asks you to transcend the walls you’ve built against others, see yourself in the place of others and see others in your place. It asks you to examine your own values: if you would disapprove of the way another treats you as you treat them, and that situation is reversed, shouldn’t you reexamine your own values or beliefs?

Odd Fellowship teaches that all situations of power are temporary and shaky. Odd Fellowship also teaches that at one point in your life you may find yourself powerful financially, socially, or on the job, while another is doing poorly because of certain circumstances. As you also know this situation may flip at any given time, and you will find yourself doing poorly while the other is powerful in their finances, job, or in social situations.

The Golden Rule doesn’t require the use of power or oppression toward another person. It doesn’t require power to resist another person. Attacking or defending the values, beliefs, and principles of another requires the use of power by both the attacker and the resistor. The use of the Golden Rule goes far deeper into the great truth that power often ignores and which in the end destroys it: the truth that when you mistreat others you undermine yourself. You detach yourself from others, from the understanding of them,

from the understanding of yourself. You insulate yourself from the goodness in others, you narrow your own values resulting in personal imprisonment, and cut yourself off from that which you and they have in common. And this commonness is more lasting and more gratifying than insulating yourself from others. You separate yourself and in spite of all your power you become weaker. This is why when you have power, fear is such a close companion.

The Golden Rule falls victim to a disease that is the result of insulation from others: “I am right; I have the truth. If you differ from me you are a heretic and you are in error.” When this belief becomes the dominant disease between groups, each group will take the view that they are absolutely correct, and the struggle over power begins.

Many have argued that the greatest evils inflicted by humans on other humans are not done by self seekers, pleasure lovers, or the amoral, but by hot-blooded supporters of certain ethical principles. These supporters are bound body and soul to some larger purpose: the “nation,” the “race,” the “masses,” the “party,” the “religion,” etc. In the heat of devotion their fanaticism wears away and destroys all that connects them to common humanity. To support their cause they will torture, starve, enslave, and trample under foot millions of their fellow humans. They will encourage horrific treachery. And when their methods fail, as they always do, they are prepared to destroy their own cause or their own people rather than accept the reality of defeat.

The Golden Rule does not solve our ethical problems but rather suggests a way to approach them. It doesn’t tell us the exact way to treat others, it doesn’t give us a list of exact steps, but it shows us the spirit in which we should treat them. For example: the criminal wants a judge to set him free, but the law requires otherwise. Instead the judge, to follow the Golden Rule, will consider the conditions under which the criminal acted, try to understand the criminal, and do what a judge can to help the criminal while protecting society from the danger posed by the lawbreaker. 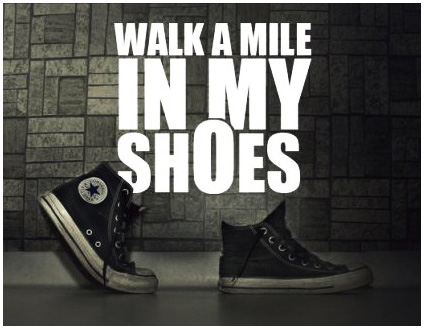 Trying to live according to the Golden Rule means trying to empathize, suffer with, or relate to other people, including those who may be very different from you. Empathy is at the root of kindness, compassion, understanding, and respect – things that we all appreciate being shown, no matter who we are, what we think, or where we come from. Although it isn’t possible to know what it really feels like to be a different person or live with a different outlook and have different life experiences, it isn’t difficult for you to imagine what would cause you suffering and to try to avoid causing suffering to others.

I end by saying this: your author is not perfect, he stumbles and falls as much as he walks and stands. And so it is with most of us. But the wise who have the key know that as long as you TRY to do your best to understand and help others, you’re still making a difference. And a different way is what the world needs now.

Scott Moye is author of the book “Think Like An Odd Fellow! Wisdom and Self-Improvement in 21st Century Odd Fellowship.” He is an award-winning history educator and collector of Arkansas folklore. He 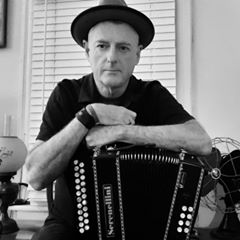 grew up on a cotton, soybean, and rice farm and is currently a museum worker. Hobbies include: old house restoration, writing, amateur radio, Irish traditional music, archery, craft beer, old spooky movies, and street performance.  He is a member of Marshall Lodge #1, in Marshall, Arkansas, and a founder of Heart In Hand Blog. He currently resides in Little Rock, Arkansas. He’s available for writing and editing gigs.